Albert Woodfox of the Angola 3 and Mumia Abu-Jamal Interview Each Other, recorded by Prison Radio Mumia:  You brothers of the Angola Three did an ungodly bit in the hole. How did the state justify locking you cats up for so long?

Albert:  Well, given the unchecked and unchallenged power of the prison system in Louisiana, their basic justification was the fact that Herman, Robert and I were fighting for our humanity, fighting to maintain our dignity, pride, self-respect and self-worth.

They thought that was a threat to what they considered the only function of a prison. So that was the justification. The infamous Warden Burl Cain even signed a deposition one time saying that I was the most dangerous man in America, and since I've been out, I would like to think that my activities have proven him to be right.

Mumia:  How did y’all endure 40 years in the hole?

Albert:  Ha! That's the most difficult question of all. I guess having a political consciousness that came from being members of the Black Panther Party. They say knowledge is power, and we had a sense of what solitary confinement was designed for. And so over the decades, it was just having strength, determination, values and principles.  And we stayed active, you know. We looked to the society for inspiration, to the men and women, and in some cases the children, to people fighting for changes in conditions, rather than turn our attention inside and allow prison culture to set examples about how we should live our lives.

Mumia:  What gave y'all hope?

Albert:  I had a wonderful family, you know, wonderful comrades who made up the International Coalition to Free the Angola 3, and we had a great legal team. But more than anything, what gave me hope was being with the guys I lived around, seeing people in society and the social struggles that were being waged, the sacrifices that were being made, the indomitable spirit that refused to be broken. Those were some of the things that inspired me.

One thing in particular was the development of the Black Lives Matter movement, you know, which I think is a tremendous movement. And I was so proud to see all the young men and women involved in that movement come forward.

After getting out of prison and before the pandemic, when Robert and I were traveling together and speaking, we always asked the host to make it possible for us to meet some of the young leaders in the movement. So those are the things that gave me hope, you know, a lot of love of humanity, the indomitable spirit of the people and the continuous struggle that was going on in society.

Albert:  Mumia my brother, given the preponderance of evidence exonerating you and the lack of evidence against you, how does it feel to still be in prison?

Mumia:  Brother Albert, in the spirit of the Angola 3, I salute you. You know, I think of the early days, even before my trial began, of a pretrial hearing. I'd read a law book, showing cases from the U.S. Supreme Court. So the hearing was based on the Constitution, right? Well, I went to the law library, read those actual cases and then drew up motions. I made a motion in court. The court promptly denied this motion.

I couldn't believe it! But it made me understand the court that most people meet when they first have a case, wasn't bound by the Constitution or by Supreme Court rulings. They do whatever they want to do, because it really ain't about the law. It's about power.

Judge Sabo would later say, and I mean in open court 15 years later, in my case, “Justice is just an emotional feeling.” To quote Malcolm X: “Don't be shocked when I say I was in prison. Long as you south of the Canadian border, you still in prison, so all power to people.”

Albert:  My brother, what was your most painful personal loss?

Mumia:  The loss of my mother and daughter, Edith and Samiyah. I had dreams of walking with both of them in freedom. And of course, with other family members, brothers, sisters, cousins, brothers-in-law, Lydia, Jimmy. They live in our memory and in our hearts.

Albert:  Again my brother, what is your number one priority when freedom finally comes?

Mumia:  The same as it's always been: To serve the people, to work on their behalf, to work for a world where true Black Liberation is a reality, not just words. As the Rastas say: freedom is a must. 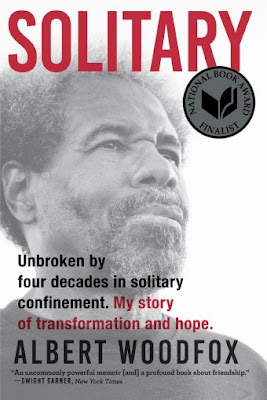