How Do We Change DA Krasner’s Mind About Mumia’s Unjust Conviction? --An interview with author J. Patrick O'Connor 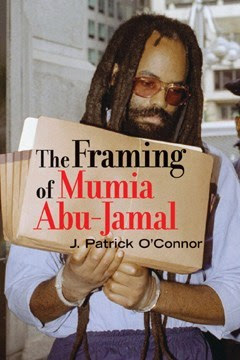 How Do We Change DA Krasner’s Mind About Mumia’s Unjust Conviction?

The Jamal Journal interviews J. Patrick O’Connor, author of  the 2008 book “The Framing of Mumia Abu-Jamal”

Jamal Journal:  It has now been almost 13 years since the May 2008 release of your book “The Framing of Mumia Abu-Jamal.” When you wrote your book, could you have imagined that Mumia would still be in prison today?

J. Patrick O'Connor:  No. I was almost certain that the Third Circuit Court of Appeals would vacate Mumia’s conviction in 2008 and order a new trial based on one or more of the three claims a three-judge panel of the appellate court heard oral arguments on the previous year.

Two of the claims were that Prosecutor McGill violated Mumia’s constitutional right to a fair trial. One, a Batson claim, was based on him using 10 or 11 of his peremptory challenges to exclude otherwise qualified blacks from serving on Mumia’s jury. The U.S. Supreme Court ruled in 1986 in Batson v. Kentucky that purging a potential juror based on race was unconstitutional, and it granted James Batson a new trial.

The other concerned McGill’s improper summation to the jury during the guilt phase of the trial when he told the jury that if they found Mumia guilty of first-degree murder, “there would be appeal after and perhaps there could be a reversal of the case, or whatever, so that may not be final.” This type of language undermines the jury’s need to find the defendant guilty beyond a reasonable doubt. In a previous capital case when McGill had used nearly identical language in his summation to coax a jury to a death-sentence verdict, the Pennsylvania Supreme Court had overturned the verdict.

Any one of these claims should have resulted in Mumia being granted a new trial, but the Third Circuit, in a 2-1 decision, turned them all down.

JJ:  Following the release of your book, you were featured the documentary film “Justice on Trial,” which premiered in late 2009. Also appearing in the film was Mumia’s sister, Lydia Barashango, who went on record shortly before her death from cancer to state that she and her family always suspected that Kenneth Freeman was the actual shooter of Police Officer Daniel Faulkner. The Jamal Journal recently interviewed Justice on Trial co-director Johanna Fernandez about interviewing Barashango where Fernandez cites your book as evidence that supports Barashango’s account, given your argument that Freeman was the actual shooter. Any thoughts or commentary on the significance of what Barashango says in the interview?

JPOC:  She really says it all: Kenneth Freeman was not only Billy Cook’s best friend, but he was close to Mumia as well, almost part of the Cook family. Even though she suspected that Freeman killed Faulkner, no one in the Cook family, including Mumia, was going to point the finger at Freeman. It is impossible to be certain about who killed Faulkner, but I am 99 percent convinced it was Freeman.

JJ:  Another important development following your book’s release was the 2010 ballistics test performed by investigative journalists Linn Washington and Dave Lindorff, who concluded that “the whole prosecution story of an execution-style slaying of the officer by Abu-Jamal would appear to be a prosecution fabrication, complete with coached, perjured witnesses, undermining the integrity and fairness of the entire trial.” What do you think is the significance of Lindorff and Washington’s 2010 ballistics test? Do you find their conclusions to be convincing?

JPOC:  The prosecution’s contention that Mumia stood over a fallen Faulkner and fired four shots at his face, execution style, is absurd. Mumia would have never done something like that, plus he was lying in the gutter with a bullet in his chest when Faulkner was wrestled to the ground and shot in the head by Kenneth Freedman. The tests Linn and Dave had conducted prove that no such shorts were fired. The idea that a fallen Faulkner was somehow able to dodge three of the four bullets by jerking his head out of the way of bullets fired point blank at his face is rank hyperbole. It shows the total disregard for the truth that McGill used to prosecute Mumia.

JJ:  How credible did you find Robert Chobert and Cynthia White’s trial testimony to be even before this 2010 test was conducted?

JPOC:  Neither had any credibility; both perjured themselves at trial at the behest of the police and prosecution. Without their testimony, there would have been no eyewitness testimony to hang this crime on Mumia.  Their testimony was devastating to Mumia.

JJ:  We write in our Color of Change petition to DA Krasner:

Before publishing their findings, Dave Lindorff and Linn Washington informed the Philadelphia DA’s office about the results of their test, and specifically asked the DA for a quote to explain the lack of photographic evidence or testimony about bullet impact marks in the sidewalk around Faulkner’s body. The DA’s office responded to their questions with what Lindorff and Washington considered to be “a non-response.” All the DA’s office told them was: “The murderer has been represented over the past twenty plus years by a multitude of lawyers, many of whom have closely reviewed the evidence for the sole purpose of finding some basis to overturn the conviction. As you know, none has succeeded, and Mr. Abu-Jamal remains what the evidence proved – a murderer.”

What do you think of the DA’s response to Lindorff and Washington?

JPOC:  I am really appalled by it.  Seth Williams was a major disappointment as district attorney. I am also confused by it.

JJ:  Lindorff and Washington’s 2010 ballistics test is just one of several things that we cite in the Color of Change petition to support our argument that the evidence of police, prosecutorial, and judicial misconduct is so overwhelming that the integrity of Mumia’s conviction has been destroyed beyond repair. We are asking DA Krasner to stop defending the 1982 conviction and to secure Mumia’s release as quickly as he possibly can. What do you think of DA Krasner’s continued support for Mumia’s conviction?

JPOC:  I was really surprised to learn that Krasner had endorsed Mumia’s conviction. Krasner ran on a pledge to use the power of the District Attorney’s office to make sweeping changes in the criminal justice system, and he won in a landslide. Over the last four years, he has proven to be one of the most progressive D.A.s in the nation, overturning more than 800 convictions won on the testimony of corrupted police officers. The Conviction Integrity Unit he established has led to 19 exonerations, the most by any such organization in the United States.

Krasner, by almost any measure, has been an effective district attorney and a tremendous upgrade from his recent predecessors.  But there is one glaring blind spot that mars his time in office, particularly for a former public defender. Somehow, despite the injustice that the trial of Mumia Abu-Jamal represented, Krasner has chosen to ignore the mountain of evidence that points to the innocence of Mumia in the murder of police officer Daniel Faulkner.

JJ:  If you had five minutes alone with DA Krasner, and you wanted to say something constructive that would convince him to rethink his position on Mumia’s case, what would you say to him?

JPOC:  First and foremost, Mumia is innocent. His trial was a monumental miscarriage of justice from start to finish. McGill violated Mumia’s constitutional right to a fair trial by purging blacks from his jury, by repeatedly putting on perjured testimony, and by improperly telling the jury during both the guilt and penalty phases of the trial that Mumia would have appeal after appeal.  The last thing the district attorney should be doing is defending this conviction in any manner. By defending this conviction, Krasner makes himself complicit in this miscarriage of justice.