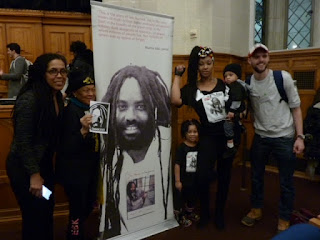 (This press statement was released by Workers World on February 1, 2019.)

Organizers of the Rebellious Lawyering (RebLaw) conference at Yale Law School rescinded a speaking invitation to Philadelphia District Attorney Larry Krasner. The celebrated “progressive” DA was scheduled to be one of the keynote speakers at the 25-year-old conference on the weekend of Feb. 15-16. But earlier this week a coalition of Harvard law students and lawyers wrote to conference organizers, saying that Philadelphia prosecutors could not be counted in the tradition of rebellious lawyers. Their impassioned letter condemned DA Krasner’s decision to appeal a recent court order that granted Mumia Abu-Jamal the right to re-appeal his conviction. The letter also challenged the notion that a prosecutor could hold that title. 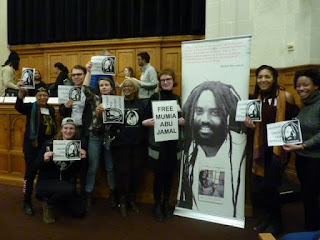 In their letter to RebLaw, they said, “The so-called progressive Larry Krasner is hell-bent on keeping [Mumia’s case] out of the appellate process. Larry Krasner was voted into office by the Black, working-class people of Philadelphia, but in the hour of truth he has upheld the rulings of racist judges [in this case] and is doing the bidding of one of the country’s most corrupt and homicidal police forces.”

The signers added, “Prosecutors, those managers of the oppressive state, regardless of the rhetoric they may espouse during a campaign, should not be invited to speak at a conference for Rebellious Lawyering.”

Signator Harvard Law student Anneke Dunbar-Gronke noted, “Krasner will go down in history as the well-meaning, ‘progressive’ DA who opposed justice in the case of the Nelson Mandela of our time.”

Another Harvard Law student, Felipe Hernández, concluded, “The lesson here is that in the mind of a progressive DA, justice is doled out selectively and only when there is no real political risk involved. Thankfully the conference participants will hear from Mumia, an actual jailhouse lawyer — and pinnacle of rebellious lawyering.” A collective of law students ask you to join us in our total opposition to the invitation that the Yale Law-hosted Rebellious Lawyering Conference has extended to Philadelphia District Attorney Larry Krasner. We demand that he be dropped as a speaker unless he drops the challenge to Mumia Abu-Jamal's appeal, and that the conference make space for Mumia and other truly rebellious lawyers to speak.

Why is this important?

In 1982, Abu-Jamal was wrongfully convicted and sentenced to death for the killing of a white police officer in Philadelphia. In 2011, after more than 28 torturous years on Death Row, the Supreme Court allowed to stand a lower court decision that declared unconstitutional the manner in which his death sentence was obtained. On that basis alone, Mumia Abu-Jamal should be freed. But he now serves a life sentence without the possibility of parole in a Pennsylvania prison.

The possibility of re-opening Mumia's conviction had been dormant for many years. Intentional actions of former D.A.'s, a biased judiciary in Pennsylvania and Philadelphia, unrelenting pressures from the Philadelphia Fraternal Order of Police (FOP) and politicians, both Democrat and Republican, have kept Mumia’s rights to appeal on deep freeze. They had him continuously marked for death. But a recent decision has opened up the possibility to bring our Brother Mumia home. How so?

On December 27, 2018, Judge Leon Tucker of the Philadephia Court of Common Pleas granted Mumia the right to reargue all of his Post-Conviction Relief Act (PCRA) Petitions before the Pennsylvania Superior Court. Judge Tucker found that Ronald Castille, a Philadelphia DA-turned-Pennsylvania Supreme Court Justice, violated Mumia’s constitutional right to due process by refusing to recuse himself from Mumia’s case when it was before him and his colleagues in the Pennsylvania Supreme Court in 1998 and afterward. Castille reviewed and denied four of Abu-Jamal's appeals. Castille sat on the Pennsylvania Supreme Court from 1994 to 2014 and was Chief Justice of that court from 2008 until 2014. As former Philadelphia District Attorney (1986 to 1991), his office presided over Mumia's direct appeals. Judge Tucker based his ruling, in part, on a letter signed by DA Ron Castille petitioning then-Governor Bob Casey to send "a clear and dramatic message to all cop killers that the death sentence means something.” With this statement and other evidence in hand, Judge Tucker concluded that Ron Castille’s conduct and refusal to recuse himself from this case violated the Pennsylvania Rules of Judicial Conduct and the law that derives from these rules. In his summary, Judge Tucker explained that the legitimacy of the courts rests on judicial impartiality — the standard that “Justice must be completely just without even a hint of partiality, lack of integrity or impropriety.”

At the time that Mumia filed his appeal to the PA Supreme Court, Judge Ron Castille was named Man of the Year by the Fraternal Order of Police, the institution rabidly committed to Mumia's execution. But judical bias and misconduct in Mumia's case doesn't stop there. The presiding judge in Mumia's trial, Albert Sabo, is known as "the Hanging Judge." During his judicial tenure, Albert Sabo sent more Black and Brown defendants to their deaths than any other judge in the country. Moreover, court stenographer Terry Maurer Carter overheard Albert Sabo say to another judge, "I'm going to help them fry the nigger," referring to how he was going to instruct the jury in Mumia's case.

This is the case that the so-called progressive Larry Krasner is hell-bent on keeping out of the appellate process. Larry Krasner was voted into office by the Black, working-class people of Philadelphia, but in the hour of truth he has upheld the rulings of racist judges and is doing the bidding of one of the country's most corrupt and homicidal police forces.

Mumia has been warehoused since 1981 as a consequence of political persecution by prosecutors in the office now overseen by Krasner. Despite being targeted and framed because of his political worldview and associations, Mumia has continued to fight against white supremacy and for the rights of the oppressed. The world knows him as the voice of the voiceless.

Krasner has followed in the footsteps of his corrupt predecessors by filing notice, on January 25, 2019, that he will oppose Judge Tucker’s order.

We ask you to join us, a collective of law students, in voicing our total and vehement opposition to the invitation that the Rebellious Lawyering Conference has extended to Philadelphia District Attorney Larry Krasner. Philadelphia's so-called "progressive prosecutor," who has challenged a court ruling that granted Mumia Abu-Jamal the right to re-appeal his conviction. Abu-Jamal is an award-winning radio journalist, former Black Panther, and political prisoner known as the Nelson Mandela of our time. Krasner's recent actions have not been rebellious but instead have served the establishment and done its bidding. We demand that Krasner be held accountable and that conference organzers take a stand by disinviting Krasner. Krasner must immediately withdraw his Notice of Appeal opposing Mumia’s historic legal win. 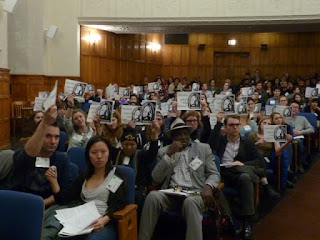 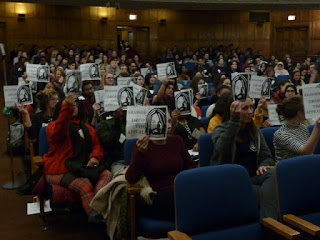