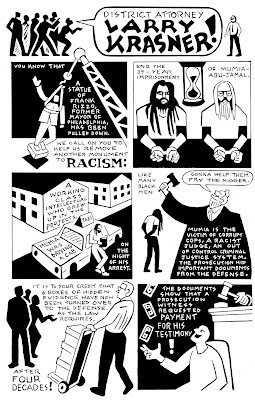 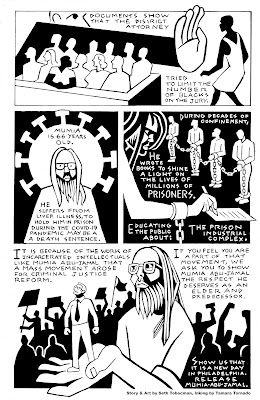 This original artwork by Seth Tobocman was generously created to support our petition campaign. Tobocman says to Krasner: “It is because of the work of incarcerated intellectuals like Mumia Abu-Jamal that a mass movement arose for criminal justice reform. If you feel you are part of that movement, we ask you to show Mumia Abu-Jamal the respect he deserves as an elder and predecessor. Show us that it is a new day in Philadelphia. Release Mumia Abu-Jamal.”